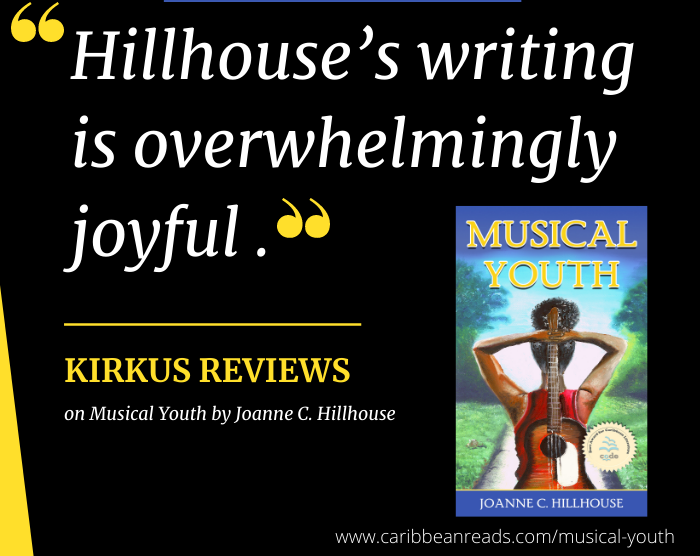 Receiving reviews is always a bit nerve-wracking. When you publish in a niche, there is always the chance that the reviewer completely misses the point of the book. That said, when we received notification that a Kirkus Review of Musical Youth by Joanne C. Hillhouse was available, we were excited to open it up.

Musical Youth was first published in November 2014, shortly after it won the Burt Award for Caribbean Literature administered by the Canadian NGO, CODE and the NGC Bocas Lit Festival. From its beginning, we knew this was a book that would endure the times and age gracefully, increasing in relevance as time went by. This had proven to be true as indicated by the second edition released in 2019, and the fact that the book continues to attract high praise six years after its initial release.

The review by Kirkus Reviews refers to Musical Youth as being a part of “the tradition of the best YA stories.” It refers to the characters as “convincing” and “unfailingly realistic.” The review goes on to highlight the book’s themes which “affect young people in Antigua and across the globe, including internalized racism, colorism, economic inequality, generational trauma, and old-fashioned teenage angst.” The reviewer praises Joanne C. Hillhouse’s writing as “overwhelmingly joyful and explicitly invested in the power of Black joy, Black excellence, and Black self-love.” – Kirkus Reviews.

Read the full review here, read a longer list of reviews we have compiled on Musical Youth, and most importantly, read this wonderful novel yourself!