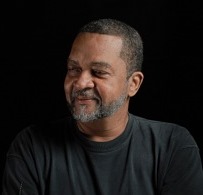 This is one of the most difficult posts I have written for the CaribbeanReads’ blog. I learned on Friday that playwright, mentor, and friend, David Edgecombe had passed away. I first met David in 2013 in Antigua at the home of his dear friends, Pam and Percy Arthurton. That meeting was the beginning of a close friendship that developed mainly over the phone and email as we were seldom in the same physical space at the same time. We communicated almost daily right up to the week that he passed away.

David was an active supporter of CaribbeanReads’ work. He never missed an opportunity to promote our books, and he provided solid counsel over the years. He also entrusted us with publishing five of his plays: Lady of Parham, For Better For Worse, Heaven, Strong Currents, and Hubert Harrison. He wrote a preface for each of the first four of these plays. Always the educator, he wanted readers to understand the history of the plays and the process behind his writing. Always humble, he wanted to recognize those who assisted him and to pay tribute to the people on whose shoulders he stood. We argued over the length (David was not known for being succinct) and the content (he was definitely not known for his tact). He yielded on some points but mainly he stood his ground and I am so happy he did as they are a useful insight into his unending passion for the stage and his drive to see drama become more prominent in Caribbean society. I know that he would be happy if I paid my tribute to him by making these prefaces available to the general public;  he was never one for any barriers between writers and readers.
Here they are:
2014 Preface for Lady of Parham
2015 Preface for For Better For Worse
2016 Preface for Heaven
2017 Preface for Strong Currents
Rest in peace, David.